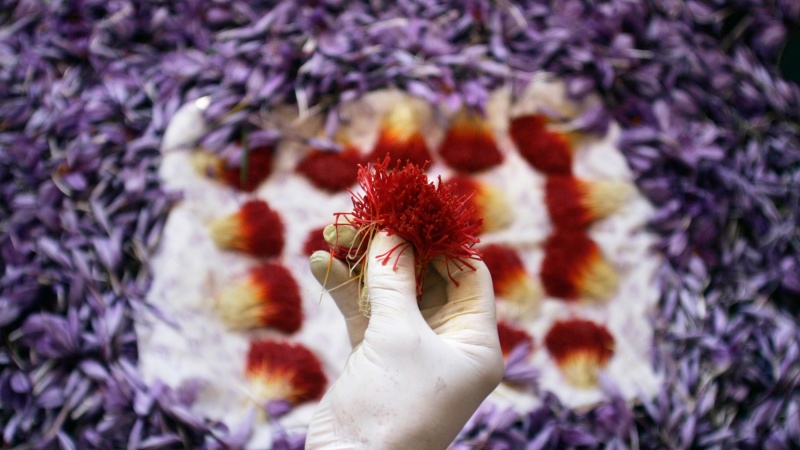 The highest production and storage of saffron in Iran is in Khorasan and Isfahan provinces (NATANZ), which produce large quantities of this product annually and have a large share in saffron exports. According to the Agricultural Organization, there are about 400 tons of saffron production in the province, out of which 20% is domestic consumption and 80% is export, of which 250 tons and 450 kg are exported from Khorasan Razavi in ​​2018. It has been valued at $ 355 million. Iran with 336 tons of saffron production first, India with 22 tons second, Greece third with 7.2 tons, Afghanistan with 6 tons fourth, Morocco with 2.6 tons fifth, Spain came in at sixth with 2.3 tonnes, Italy and China at 7th and 8th and Azerbaijan at end.

Currently, more than 20 percent of the country’s gardening sector’s export value is attributable to the export of about $ 351 million worth of saffron, which was exported in 2018, despite sanctions.  Statistics from years 2009 to 2018 show that on average between three and five thousand hectares are added to the cultivation area every year, and between 20 and 30 tonnes are added to the crop, so in year 2020 if water conditions and There will be an increase in air production of between 20 and 30 tons.

Natanz Saffron Company is one of the pioneers of exporting this plant to various countries of the world including UAE, Oman, Spain, Hong Kong, China and Europe. You can trust us for exporting saffron and also for buying high volume saffron

this article in Persian : صادرات زعفران